Alexandra Teleki is an Associate Professor and SciLifeLab Fellow in Pharmaceutical Nanotechnology at the Department of Pharmacy, Drug Delivery group at Uppsala University, Sweden. She received her MSc in Chemical Engineering from the Royal Institute of Technology (KTH) Stockholm, Sweden (2003) and her PhD in Mechanical and Process Engineering from ETH Zurich, Switzerland (2008). Then she joined the Formulation and Application R&D department at DSM Nutritional Products in Basel, Switzerland (2010-2016) before she was recruited to Uppsala University (2017) and SciLifeLab (2019). Her research has been recognized internationally by several awards including the 2016 Smoluchowski Award of the European Aerosol Association, the 2016 SABIC Young Professional Award by the Particle Technology Forum (PTF) of the American Institute of Chemical Engineers (AIChE), the 2009 DSM Science and Technology Awards for outstanding PhD work with a clear future impact and the 2008 ETH Medal for Outstanding PhD.

Shaquib Rahman Ansari graduated from the University of Copenhagen with an MSc in Pharmaceutical Sciences and has worked with liposomal vaccines for intra-pulmonary delivery. His current research goal is to develop stimuli-responsive oral drug delivery systems, e.g. by magnetic hyperthermia, to facilitate non-invasive local delivery of macromolecular drugs in the intestine. 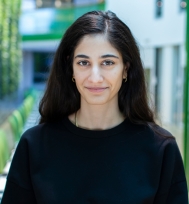 Shno Asad graduated with a Master’s degree in pharmacy and chemistry from the University of Gothenburg in January 2019. Her current work aims to develop a new strategy to diagnose and treat inflammatory bowel disease (IBD) using functional nanomaterials. By creating an oral vehicle that incorporates magnetic nanoparticles, she aims to establish a noninvasive diagnostic approach, as well as to deliver therapeutics in a localized manner for a more efficient and targeted treatment.

Weiming Zeng is studying at the Master of Science Program in Biomedicine at Uppsala University and carries out his research work in our laboratory (2020-present). He also holds a Bachelor of Pharmacy from Shenyang Pharmaceutical University in China. His work focuses on the use of magnetic nanoparticles for oral peptide delivery.

Olivia Nylander is studying at the Master of Science Program in Pharmacy at Uppsala University and carried out her research work in our laboratory (2017-2020). Her project mainly focused on small-scale dissolution studies of poorly soluble active pharmaceutical ingredients from controlled suspensions in biorelevant dissolution media. 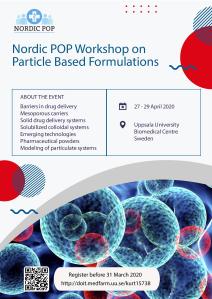 Our article on proteomics-informed identification of luminal targets for in situ diagnosis of IBD is online! link